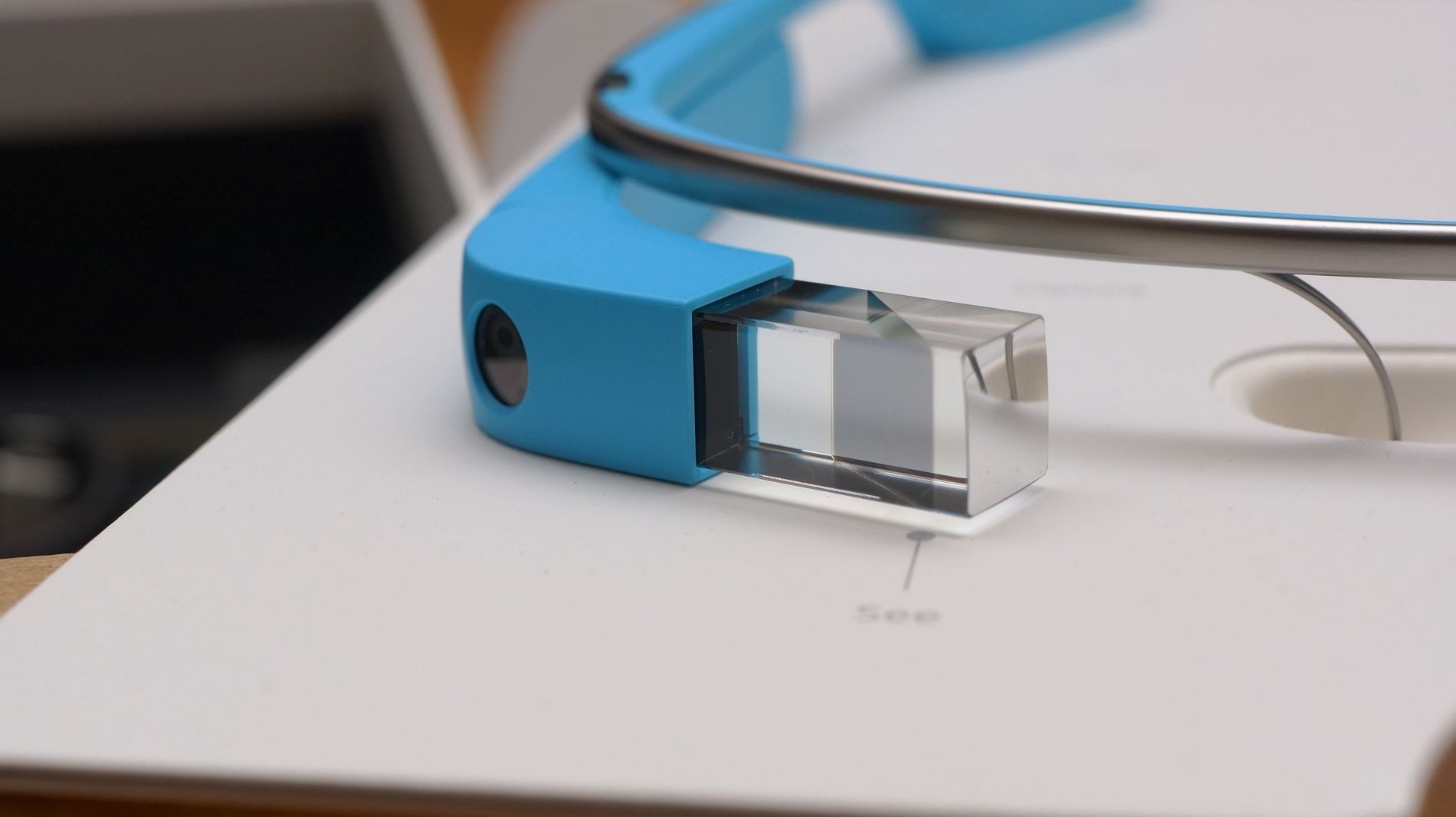 Forget about Christmas. If you’re at all interested in future technologies, it’s a mysterious date in 2014 that you’ll be looking forward to. So as the big day gets tantalisingly closer, are we really ready for a world seen through Google Glass? We’ve taken a look at the facts, stats, pros and cons to find out…

What’s all the fuss about?

For all the techies out there, with a revolutionary optical head mounted display (OHMD) Google Glass will have the power to take 5MP pictures and record 720p video, directly from the wearer’s point of view. The device will feature 12GB of usable memory, synced with Google cloud storage totalling 16GB Flash total. Wifi, Bluetooth, compatibility with all Android devices (Ice Cream Sandwich of higher) and any Bluetooth-capable phone will all add to the potential of Google Glass.

Meanwhile, a side-mounted touchpad and voice activation will give wearers access to the 640 x 360 display and the reams of software available through Android; Google Maps, Gmail, Evernote, The New York Times – all of these apps will be available almost literally in the blink of a hands-free eye. Google’s ultimate goal? To give users the ultimate convenient experience – all of the benefits of a smartphone in a completely hands-free, wearable form.

For the non-techies, if this all sounds like something from a science fiction movie, you’d better prepare yourself. Google Glass’s official release is a matter of months away. Hundreds of individuals and businesses have already signed up to be part of the gadget’s beta-testing process. Technology fans all over the world signed up to the waiting list, paying $1500 each for the chance of a spot on the beta-testing programme.

Is it all worth it?

With so many of us going Google Glass ga-ga, is this piece of kit really going to live up to the hype? Well, if we look behind all the hoo-hah there are certainly a lot of questions raised by this new invention…

Privacy is already a problem for search-engine overlords Google. Google Glass will make privacy even more contentious than before. Wearers will have the rather creepy ability to take photos and record video without a subject’s knowledge, whilst also having the power to secretly access information about a subject using pre-programmed keywords slipped into conversation. If you’re talking to a Google Glasses wearer, you could be being Googled as you talk and never know.

And that’s even before you consider the privacy implications for the wearer themselves. When you start thinking about privacy and online security, Google Glass can start to sound awfully sinister…

The death of conversation

You’ll have seen them, you might even be one of them – restaurant diners staring into their smartphones. Technology has had an incalculable effect on our social lives, taking interaction increasingly online. Could Google Glass be another nail in the coffin of good old-fashioned face-to-face interaction?

Most of us will have had a head on collision with a fellow pedestrian whilst using a smartphone or wandered obliviously out into the traffic as we check up on our Fantasy Football team on the trot. In Japan, the problem is so severe it even has its own name: Aruki Sumaho or ‘Smartphone Walking’. Google Glass might help the technology addicted to keep their heads up, but could all of the distraction right in front of our eyes be more of a health hindrance than a help?

Did you mean: Boy’s Edition?

No. We meant voice recognition. Voice recognition hasn’t ever really taken off, despite significant advances in its accuracy and usability. Will Google Glass’s version make using voice activated technology more common? We’re not so sure. Not only does talking to your tech in public sound very embarrassing (do you want everyone to know you’re Googling ‘pugs dressed as cupcakes’?), but it can also become very tricky in busy, noisy places. We’re sceptical about how it will work so we’ll keep quiet until we’ve seen Google Glass’s voice recognition in action…

We might have a few questions and reservations, but there really is a lot to be excited about. This new tech has incredible potential. Try these great big ‘pros’ for size!

Have you ever wanted to be able to capture an amazing moment so that you can share and experience it to the full later? Instead of whipping out a clunky camera or smartphone, Google Glass gives you the power to unobtrusively record your amazing memories from your point of view whether you’re whizzing about on a rollercoaster or plummeting down a black ski run – no hands required.

We love the idea of a hands free recipe right before your eyes as you cook up a storm in the kitchen. How many times have you found a recipe for the perfect seafood paella online, only for your tablet to find itself marinated in fish stock? Sticky fingers are simple no good with the technology currently available for aspiring Heston Blumenthal’s. Google Glass completely side steps this issue for more convenient, highly connected cookery!

There’s no need to take the Hansel and Gretel approach next time you head out somewhere unfamiliar. With Google Maps right before your very eyes, you’ll be able to navigate with incredible ease – there will be simply no excuse for getting lost ever again – and no more bumping into other pedestrians as you try to get from A-to-B.

Don’t get lost in translation

The whole world is your oyster with direct translations from Google Translate. Google Glass will give you the power to read any language in the real world, with any text you see in front of you appearing with its English translation. Trés bon!

Whether you’re scintillated by or skeptical about Google Glass, there’s plenty more where that came from. Microsoft, Apple and Samsung are all rumoured to be creating similar products, while Vizix and Oakley have already put together Glass rivals. And they’re not the only ones…

In the wider world of wearable technology, there are plenty of smart, wearable items which could compete with Google Glass. From SmartWatches to the Nike Fuel Band and Jawbone. These wearable pieces of tech are much more accessible than Google Glass from a price perspective, but feature many of the same convenient, wearable benefits.

According to Rackspace’s Wearable Teachnology from Novelty to Productivity study, the motives behind investing in wearable technology are not dissimilar to the incentives behind getting on board with Google Glass. The study reports:

So what impact will Google Glass have on existing wearable technologies?

At the moment the most common wearable technology is the SmartWatch. Providing unobtrusive access to all of the tech available through a smartphone, SmartWatches are convenient and accessible – though they lack the bells, whistles and fanfare of Google Glass.

SmartWatches and Google Glass may perform similar roles when it comes to wearable technology but, in terms of their place on the market, there’s not likely to be any head-on competition. SmartWatches are for the tech-savvy and practical who are looking for helpful, workable technology to enhance their every day lives – now. Google Glass, as yet, is for the dreamers. This potential technology of the future has no official pricing as yet, but current industry estimates start around the $500 mark, far costlier than the SmartWatch alternatives available.

Perhaps in 12 months time we’ll all be ordering our last minute Christmas shopping using a pair of high tech specs. Perhaps all of this build up is all a lot of hot air. It’s very difficult to predict how Google Glass will play out, but we’ll certainly be watching the story with interest. In the meantime, we’re celebrating the countdown to 2014 with a daily blog about the big online stories for the coming year. Stay tuned tomorrow to learn all about responsive web design and getting your website up to speed! 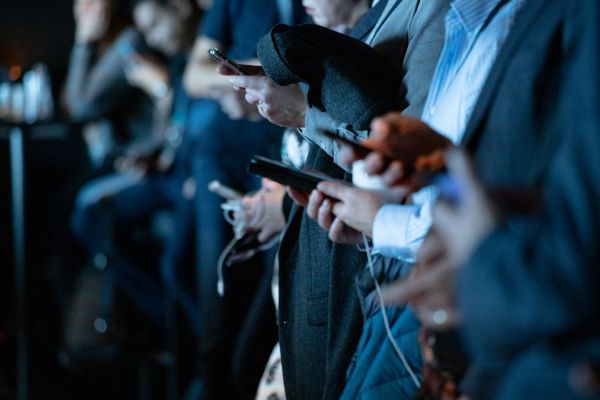 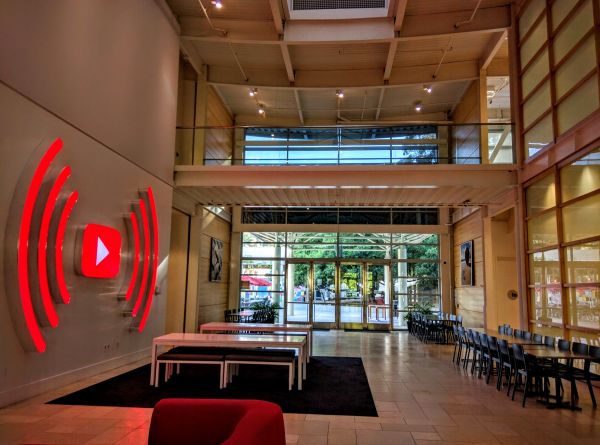 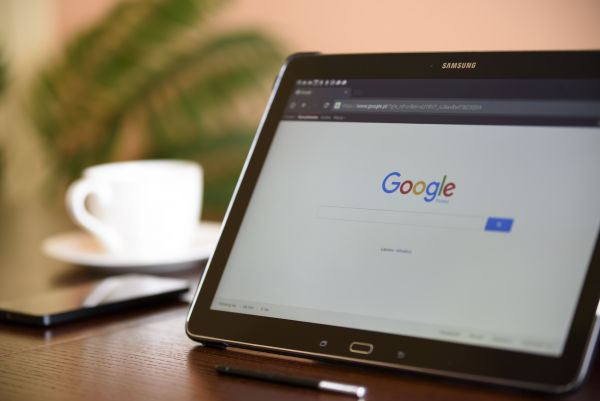