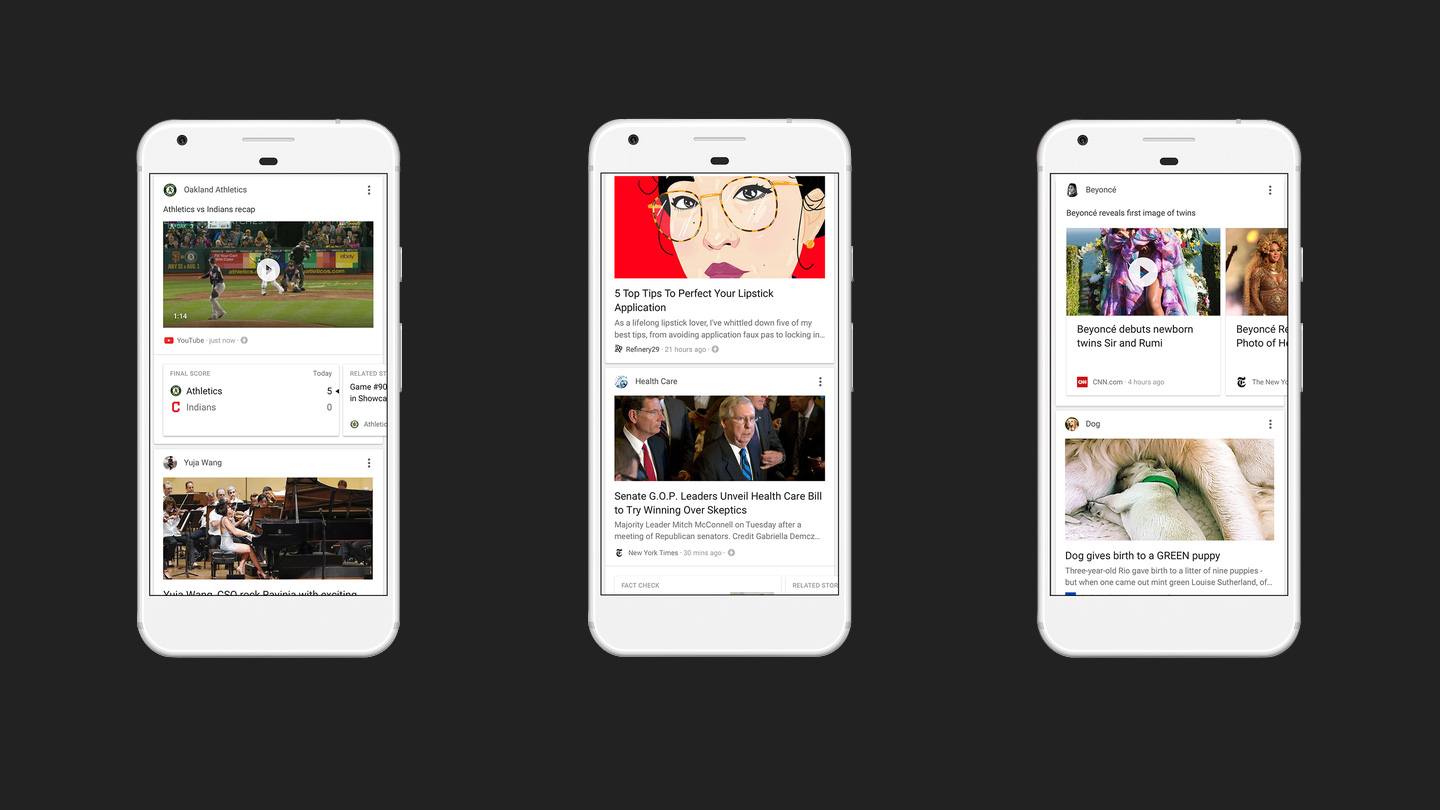 Google is rolling out a personalised news feed today, filled with content based on your past searches.

The feed will replace Google Now, the company’s predictive search feature, though some of Google Now’s best features are being spared and moved to a dedicated tab named “Updates.”

The search giant gave us a preview of the feature back in December in their Android app, but today it rolls out in full on the company’s iOS and Android apps with a web-based version coming in the future.

The news feed surfaces articles and content from the internet that it believes are of interest to you. Much of the content it is surfacing though is not new or fresh, in fact, content is often months old. But Google believes these stale articles are a sign of their strengths – it is finding and bringing forth content you may have missed initially. While Facebook and Twitter prioritise the latest content; Google says it is prioritising relevance.

Unfortunately, Google’s offering is missing an important aspect other personalised feeds include – social interaction, something both Facebook and Twitter’s feeds have.

Stories in the feed are grouped into subsets which have a follow button, clicking the follow button will supply you with more relevant content on that topic. You can customise each subset and tell Google you’re “done with this story” to avoid seeing any future updates.

Best of all though, Google fact checks and indicates if it believes an article may be misleading or fake, a tool useful in combatting the issue of “fake news” and misinformation. The company has struggled to tackle the growing issue, The Outline reported early this year that Google featured false stories asserting that Barack Obama was the “king of America” and was plotting a coup, among other things.

At this stage, Google is not including ads in the feed but we’re sure we can expect them in the future.