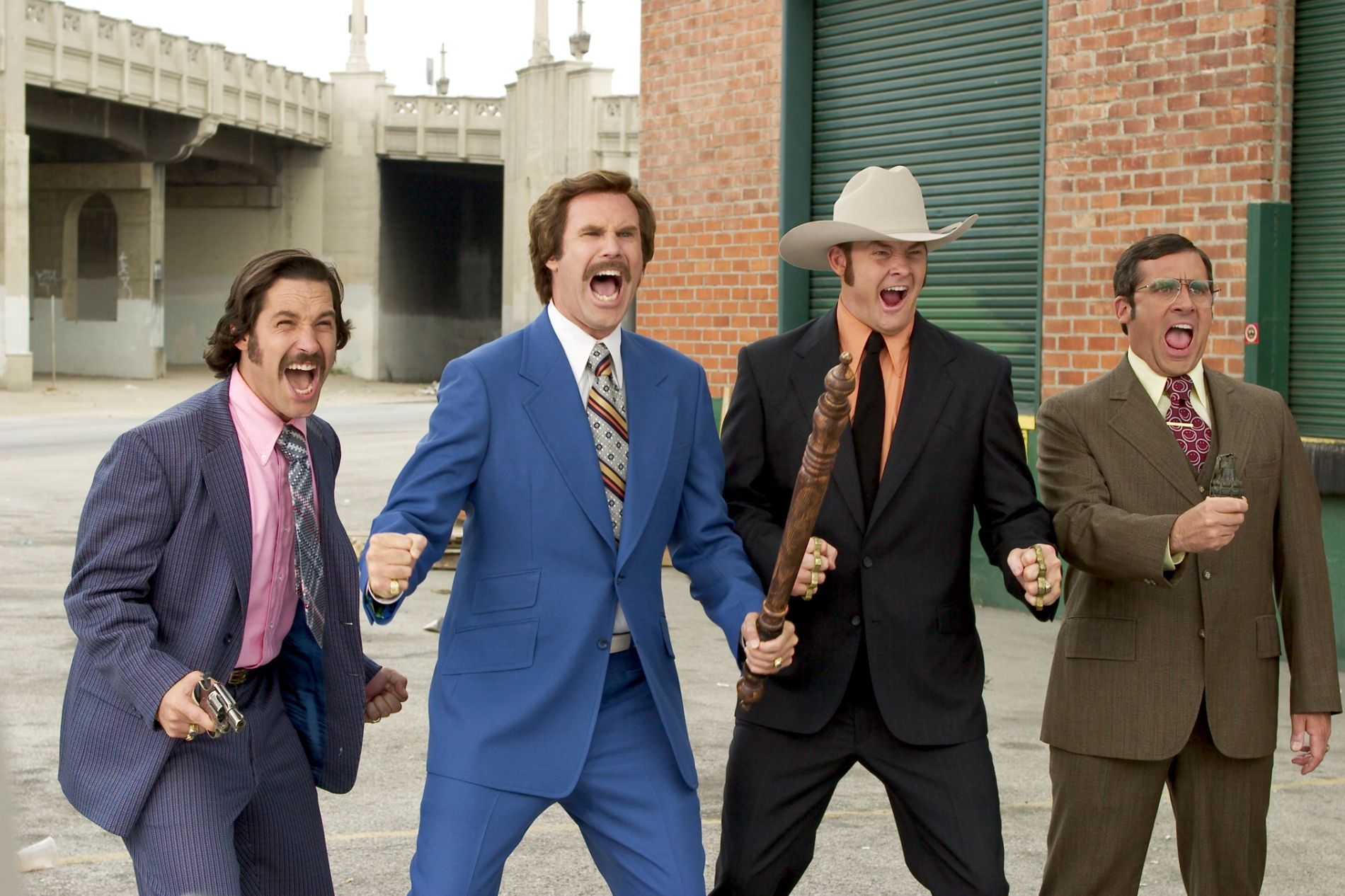 Anchorman Scene by Frank Masi
Paul Rudd, Will Ferrell, David Koechner and Steve Carell as they appeared in a scene of Anchorman

This week has been a week of a lot of drama. There have been a lot of comments surrounding the newly released Hunger Games movie, and major developments in the Trayvon Martin case. There has also been a major announcement about the hit movie, Anchorman.

The long awaited movie, “The Hunger Games” was finally released, generating sales of $155 million on it’s opening weekend, but no matter how good a movie is, there always seems to be someone that’s ready to say something unnecessary. Self proclaimed fans of the original books were disappointed at the race chosen for two major characters, and chose to post offensive rants on Twitter about how it “ruined the movie”.

While we’re still on the subject of entertainment, Britain’s Got Talent is once again back for another round of strange and amazing auditions. Simon Cowell has a new line-up of judges, together with new footage of people embarrassing themselves. Jonathan Antoine is a 17 year old boy who has confidence and weight issues, but his performance with best friend 30 shot him up to viral fame instantly, generating over 1.1 million views in three days for BGT.

Congressman Kicked Out for Wearing Hoodie in House

Congressman Bobby Rush has been a crowd favourite this week, showing his support for the family of murdered teen, Trayvon Martin, who was shot dead by a neighbourhood watch officer in Sanford, Florida. The video of Rush has been shared around Facebook and Twitter because of his radical method of making a point. Read more.

Trayvon Martin’s case is a talked about story on the lips of everyone who is aware of it. Since the shooting of the unarmed teen, the main suspect, George Zimmerman, has claimed that it was due to self defence, and that he even suffered injury and a broken nose. However a new video has been released showing the shooter being taken into a police station, with no clear signs of injury. This has heavily affected the credibility of the Zimmerman’s statements.

It was announced earlier in the week that the movie, Anchorman, is getting a sequel, once again starring Will Ferrell, Steve Carrell and Paul Rudd. The news was announced by the lead star confirming it on Conan, followed by loud cheers from the crowd. The filming begins in February 2013. Read more.

Yes, you read it right. A website has been made entirely out of strips of bacon. BleacherReport.com allows users to click on a yellow button on the homepage to switch to a bacon decorated version of the website. The bizarre website design is a promotion for Kraft Homestyle’s latest flavour, sharp cheddar and bacon. Read more.